BookLook is a project AD Creations & LibriamoTutti.
Each month will be made a dress inspired by a book. 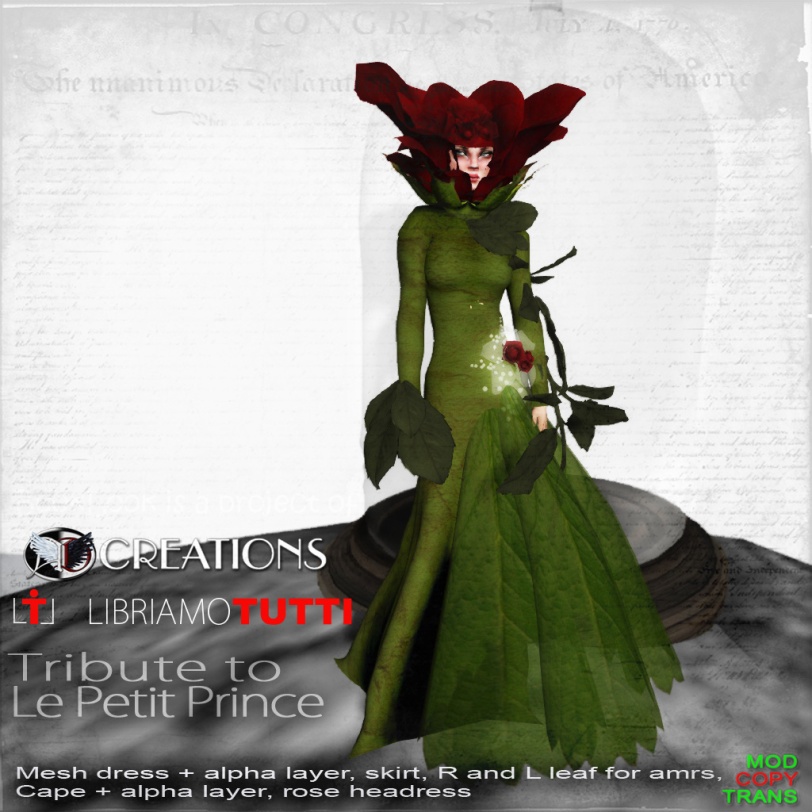 The Little Prince (French: Le Petit Prince), first published in 1943, is a novella and the most famous work of the French aristocrat, writer, poet and pioneering aviator Antoine de Saint-Exupéry (1900–1944).

The novella is both the most read and most translated book in the French language, and was voted the best book of the 20th century in France, translated into more than 250 languages and dialects, as well as braille.

Saint-Exupéry, a laureate of several of France’s highest literary awards and a reserve military pilot at the start of the Second World War, wrote and illustrated the manuscript while exiled in the United States after the Fall of France. He had travelled there on a personal mission to persuade its government to quickly enter the war against Nazi Germany. In the midst of personal upheavals and failing health he produced almost half of the writings he would be remembered for, including a tender tale of loneliness, friendship, love and loss, in the form of a young prince fallen to Earth.

An earlier memoir by the author recounted his aviation experiences in Tarfaya a small town in the Sahara and he is thought to have drawn on those same experiences for use as plot elements in The Little Prince. Since first being published the novella has been adapted to various media over the decades, including audio recordings, stage, screen, ballet, and operatic works. (Wikipedia) 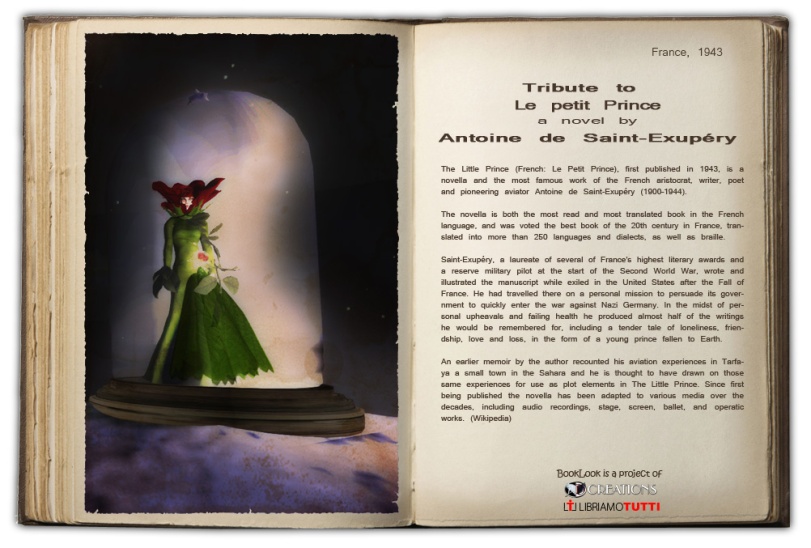 *Original mesh by AD Creations*
Only one size, please try the DEMO IW